Rottweilers are one of the oldest dog breeds. They travelled through Germany with the Romans, driving their livestock and guarding outposts. Many were left behind, and they evolved into the breed we know today in the town of Rottweil in southern Germany. Mastiffs, such as Rottweilers, are classified as members of the mastiff family. Later on, Rottweilers were important in the evolution of the Doberman Pinscher. Rottweilers have always been working dogs, bringing livestock to market, pulling carts, defending the farm, and even carrying money in money belts around their necks to and from the market. They now work in the fields of security and herding. Rottweiler A  glimpse Rottweiler price in India:-  Rottweiler price in India ranges between Rs.15,000 To 55,000.

Rottweilers are, at their heart, extremely affectionate towards their owners. They normally enjoy being around children and other household pets, so if you already have a family, are pregnant, or already have other dogs or pets and want to add a Rottweiler to the mix, they will most likely get along swimmingly.

If you’ve seen the photos above, you already know how cute Rottweiler puppies are. Unfortunately, Rottweilers, like Pit Bulls, have an undeserved bad image. Rottweilers, like any other breed, can be violent and territorial if they are not properly trained or socialised. Fortunately for you, aggressiveness is not a known feature of this breed. They’re recognised as adoring, devoted goofba’s.

The Rottweiler is thought to be descended from the Italian Mastiff, which accompanied the Roman invasion of Europe with their herds. It was used as a herder, guard, messenger dog, draught dog, and police dog during the Middle Ages. It was developed in the German town of Rottweiler, which is located in the state of Wurttemberg. The breed population began a resurgence in the 1990s after being nearly extinct in the 1800s.

Types of Rottweiler with images 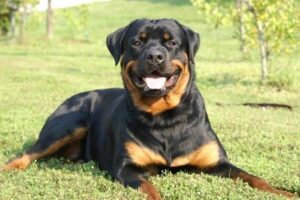 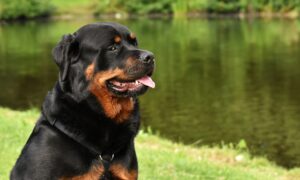 Those German demands, “Platz!” are unmistakable. “Sitz!” “Komm!” is music to the ears of your German Rottweiler. If your Rott’s favourite bratwurst condiment is sauerkraut, and he occasionally craves kartoffelsalat and a slice of Schwarzwälder kirschtorte, then you have a German Rottie without a doubt. In reality, your German Rottweiler is nothing more than a Rottweiler bo. 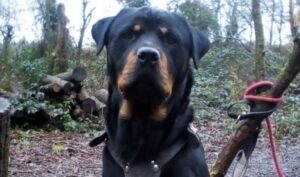 your Rottweiler loves pizza, lasagna and spaghetti, plays soccer and listens to Pavarotti music when he has a chance? Is he proud of having accompanied Roman soldiers along with their herds of cows in his past? If your ears prick up upon hearing “Roman Rottweiler,” don’t get too excited. Unless your Rottweiler was born in Rome, you have most likely been a victim of a scam. 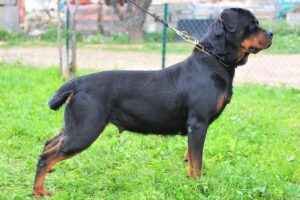 A tail is often a sign that a Rottweiler may have come from Germany since there, the practice of tail docking has been banned since 1999. Indeed, the ADRK standard calls for a tail in natural condition—not docked. Rottweiler Dog History The Rottweiler is a working dog breed that is thought to be descended from drover dogs (cattle-driving dogs) abandoned by the Roman legions in Rottweil, Germany, around the 2nd century CE. From the Middle Ages till around 1900, the Rottweiler accompanied local butchers on buying missions, carrying money in a neck pouch to the market. It’s also worked as a guard dog and a draught dog. Different kind of Pitbull Dog en.wikipedia.org
Tagged with rottweiler, Rottweiler and kids, Rottweiler Dog History, Rottweiler price in India